This is our page dedicated to remembering the Holocaust. You will find readings appropriate for Holocaust Memorial ceremonies or individual reflection, information about rescuers during the Holocaust, and photographs.

Is There a Moment by Fred Rothzeid

Each One A Life by Fred Rothzeid

Memories of Recent Travels to Russia by Harriet Werfel Edwards

The Holocaust by David Cooper

“In September 1997, I had the privilege to participate in a ceremony to recognize individuals who saved and protected Jews during World War II. The ceremony, held in Rotterdam, was organized by Yad Vashem, the Israeli institution dedicated to serving as a “living memorial to the Holocaust.” The individuals, 2 living and 3 posthumously, were being honored as Righteous Among the Nations. This honorific is used by Yad Vashem to acknowledge the heroic acts of non-Jews who risked their lives to save the lives of Jews during the Holocaust.

I was asked to participate because I helped collect information about one of the rescuers who saved a member of Congregation Beth Adam. Being asked to speak at this ceremony was truly a humbling experience. In the sanctuary where the ceremony was held were individuals who risked their lives to save others along with those they saved as well as children and grandchildren. Words do not fully capture what I sensed when I walked into that place. For a short period of time, I was in the presences of genuine heroes who saw themselves as simply people who did what was right.

Here we have several items from the event.

Here’s the letter I received from Yad Veshem telling me that Jeanne Oussoren was being award the title of Righteous Among the Nations.

Here are additional brief descriptions, prepared by Yad Vashem, detailing the acts each of the honorees did in protecting and saving Jews: for Jeanne Ousseron, Cee Hos, and Marinus Moltzer.

Here are my remarks which I presented as the closing benediction.” 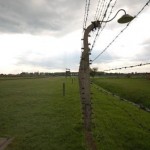 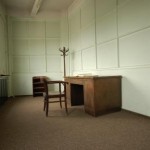 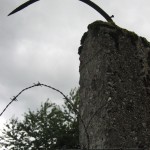 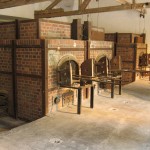 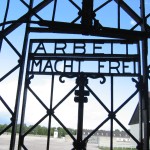 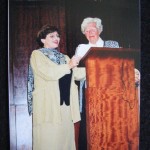