Eric Barr’s A Piece of My Mind

Eric Barr’s A Piece of My Mind 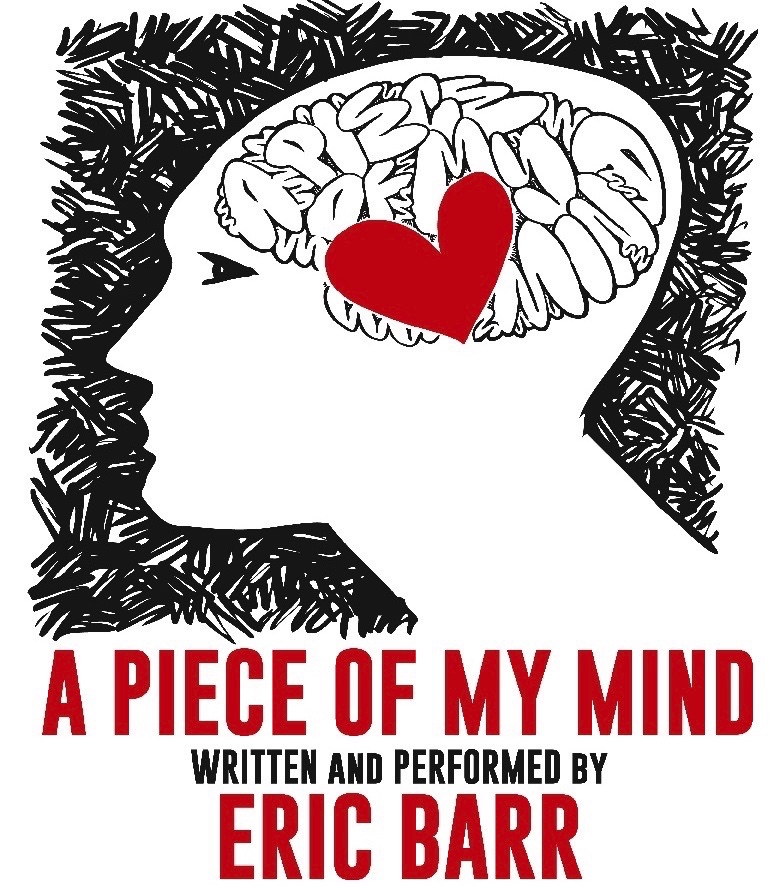 Barr was a co-writer, along with Charles Evered and Marty James, on the movie A Thousand Cuts. His screenplay Hole in the Sky was a finalist at Sundance, and the screenplay Cirque Berserk was a winner at the Telluride Indiefest. You can read three of his short stories, published online at Connotation Press.

In addition to his writing, Eric has worked as a theatre director and acting coach for many years. He was the Artistic Director of the Porthouse Theatre in Cleveland, taught acting at the Stella Adler Conservatory of Acting in Los Angeles, and worked as an acting coach with the National Theatre of the Deaf.

In April of 2013, Eric had a series of strokes caused by clots being dislodged from a heart infection which was the result of open heart surgery the prior year. The clots caused him to lose his ability to speak and the use of his left side while the heart’s electrical system was also under attack. Having almost died from the illness, Eric took this life altering experience and turned it into his one man show – A Piece of My Mind. As is written on his website – the show takes you on his journey from near-death to recovery and reinvention, it is a celebration of life, love, and the human spirit.

To learn more about Eric, go to his website.

A Conversation with Karen Genet


A Conversation with Karen Genet and Eric Barr


A Conversation with Eric Barr