We are thrilled to have Howard Marks as one of our advisers to OurJewishCommunity.org. 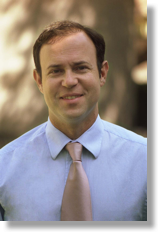 Howard Marks is Co-Chair of Start Engine and CEO of Gamzee. Howard is an incredibly successful technology entrepreneur that has worked with a number of companies specializing in the video game, online gaming, social gaming and internet education industry. He is also working as the CEO of Gamzee, a company he founded in April 2011 with the stated goal of disrupting the gaming industry by making games that anyone can play anywhere, anytime, and on any device.

In 2005, Howard founded Acclaim Games. After its acquisition by Playdom, he became head of the Acclaim studio and Sr. VP, Strategic Planning at Disney Interactive Media Group.

Howard got his start in 1983 while a student at the University of Michigan. In 1991 as a co-founder, member of the board of directors and Executive Vice-President of Activision, Howard helped turn a brand that was largely viewed as dead into the leading powerhouse of the video game industry.